This is just a reminder that the devastatingly-addictive Nanaca Crash game is still up on the internet.

Nanaca Crash is an online spin-off game from Cross Channel, an H-Game for the PS2. Surprisingly, it is entirely SFW. This bastard of a flash game has been destroying free time since it first arrived online. God knows I’ve wasted many hours of my life on it.

Here’s the plot: girls are keeping a pervert away from them by beating the fuck out of him. Your goal is to keep him in the air after hits from various girls send him up, diagonally, sideways, give bonus boosts or stop him in his tracks.

Go ahead and click this pic to play. I dare you. You didn’t need spare time anyway.

Oh, and try to beat my score while you’re at it.

First in what will be an ongoing transfer of art from other places to archives here on the blog.

If you ever get a chance, flip through the descriptions of foreign lands, animals, and ‘true stories’ in the Otia Imperialia. It’s hilariously awesome.

My current license on most of my works is Creative Commons’s “CC BY-NC.” That’s their “You can share and spread this material, remix and transform it, but you must attribute the original work to me and you cannot use it for commercial purposes.”

Once my items leave my personal copyright zone, they will be under a “CC BY-SA” license. That basically means “you can share, spread, remix, transform my work, and you can even do it for commercial purposes.”

As of today, March 26, 2014, my personal copyright is going to be ten years. This will not apply retroactively to works, but rather all works created by me now have a copyright-reboot date of today. This means that this comic will become available under the second CC license on March 26, 2024. If a work was created by me in 1992, it will still only become available in 2024. The details are a bit more complex, but they’re not particularly relevant yet.

SUMMATION: On March 26, 2024, everything I’ve created on/before today—for better or worse—belongs to everybody.

This comic and my copyright choice are dedicated to the memory of my dear friend Michael Hart. 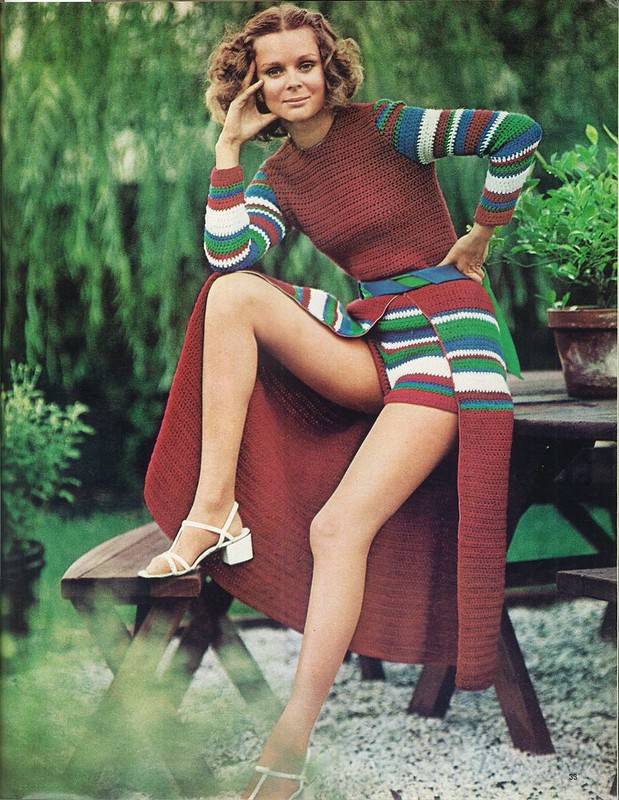 “Go ahead. Make a comment about my clothing. Am I coming on to you or setting you up for a thrill kill? Oh, you don’t like the odds? Bye bye, then. Coward.”

I absolutely despise when one of my conditions rears its head while I’m doing something important. One of the most infuriating is when my OCD flips on while I’m drawing.

I tossed this off after struggling mightily on the first page of the Chinese folk tale I’m drawing as my next project. Let’s not talk about how much I did this last night:

My drawing style kind of hinges around me not taking a preposterous amount of to do it. Part of the “charm” is that there’s a spontaneity to the pieces, and that if you look carefully you can see all the mistakes I’ve tried to digitally remove. Over-thinking my art condemns me to a purgatory of questioning each pencil mark, the opposite of what I want.

Here’s a photo of the side-entrance to Stone-Robot Enterprises for you. We don’t use it much because, a) We’re hippies, b) It’s protected by golems not created by us.

benjamin
Who may be sick

[EDIT: Hello, Cracked readers! Please enjoy a look at my other bootleg toys, a collection that’s always expanding. Also, you bastards have forced me to consider updating this site. Fine. Jerks.]

I have four tattoos, all of them in some way geeky, and I just got one touched-up two days ago:

It’s Barry’s ring, and my allegiance is ultimately with Wally, but much love to the whole Flash Family.

The man who did the job is Rick Kutch at No Regrets Tattoos in Champaign.

I also just got an incredible bootleg toy for my collection, this time from Greece. It is totally ridiculous and brilliantly strange.

Fits my hand like a dream. God damn, no wonder those Little Pluckies Protect! Look a this bad boy in action!

Don’t worry, she’s not terrified of its awesome sparking power but rather I took the photo in the dark and this gun is bright. [EDIT: “And loud.” – Nadja]

The new Fuckbrain Comix is waiting to be scanned and should be ready for posting next week.

THEN GO AND GODDAMNED VOTE.

Fuck yes, giant robots. I suspect that I will never grow tired of you.

If one day my brain reaches a state of decay from which I cannot return, one in which giant robots are no longer a source of joy, I beg of you all…if that day comes, it’s time to have me put down.  Watch out, though, ‘cause I’ll put up one hell of a fight. Like, bite-your-eyeballs-open kind of fight.

For most geeky things, I would have a hard time picking a favorite, but this is not true with giant robots. There can be only one: Jet Jaguar Alphonse from Patlabor, my favorite anime of all time.

Alphonse is a Shinohara Heavy Industries AV-98 Ingram, and functions at Unit 1 for the Special Vehicles Unit of the Tokyo Police. Patlabor is a comedy/action giant robot show that’s really about the people who pilot them, focusing on the female lead and pilot of Alphonse, Izumi Noa.

I have rather a number of Patlabor-related items, but I recently acquired the most amazing one available, something I must admit I had to save/splurge a bit to get. I tell you, though, it was worth every dime.

I’m extra grateful now, because if I hadn’t gotten it a dirty stinking Sentinel would have fucked up our backyard.

Wait until it’s warmer out and I have more time to take scene shots….

Oh! One more thing about Patlabor: they are shooting a live-action film and live-action miniseries in Japan right now. And yes, that means that they built a 1:1 scale model of Alphonse.

I really love drawing, but I’m really not that good at it. I really enjoy it, I usually enjoy my end results, but sometimes it’s really frustrating.

I drew this little guy last week, but he was only intended as a preliminary sketch for my small Doctor Who Monsters series. After I drew him, I used tracing methods and freehand methods and none of my follow-ups look as good yet.

It’s very, very difficult for me to do accurate recreations of things when I draw them, whether I’m drawing from an original or freehanding based off of a sketch. There is a strange and fundamental disconnect between my eyes, my brain, and my hand when it comes to replicating things. So be it.

I’ll revisit him later, I’m sure, but for now, please enjoy my sketch version of

See you next week with the first page of my new Fuckbrain Comix.
Lurve,

After about a billionty years of planning this, I finally got it up and running thanks to that most delightful of dames, the fiancee I fancy, Nadja Robot.

Some of those may be hopes as opposed to realities. Not the bit about how you’re sitting, though, for the love of fuck.

And now, please to enjoy the first piece of original art up on benchilada.net, also part of a new series:

I’m so close I can smell you,

I’m on the Internets

My Life In Pics

Sorry, no Tweets were found.